The amazingly evil kitchen renos are done. Finally. Three months of being miserable, over. Three months of not being able to drink my favorite teas whenever I wanted, over. Being able to eat well and do what I want...I could cry!  (this was the only part I pre-typed and now I regret it because the renos still aren't done)

What a perfect thing to have for Canada Day! Not to mention, this was NOT scheduled ahead of time. Hell yeah. YESSSS. But, I did plan to do this tea on this day months ago. (I mean, I did it on the 27th because I have long weekend stuff to do. Sue me.)

What is this tea you ask? Oh Canada! by DavidsTea. I also have some Maple Flavored Agave Nectar, also from DavidsTea, just in case it's not quite Canadian enough!
I've only tried this once before, and it was along time ago in a baby sample. So now I need to perfect it. Because IT'S CANADA DAY. 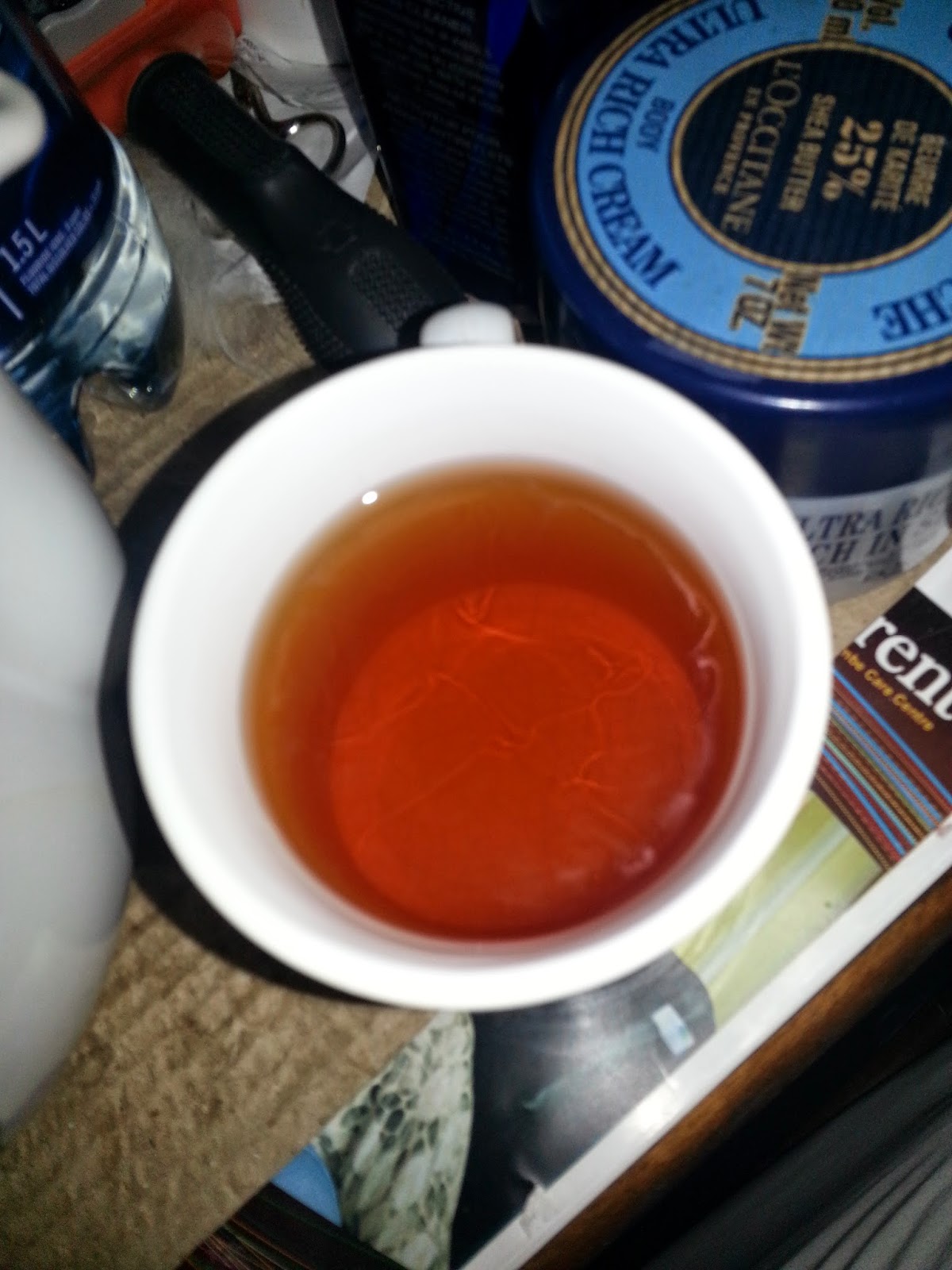 Let's get a move on with the review!

So, it's an okay tea. Which is disappointing because Canada is awesome and it could have been just more. I just found that, even with some maple agave (which taste just like maple syrup), it was kinda boring. By itself, the tea didn't even taste super maple-y or toffee-ish. Just kinda...flat. 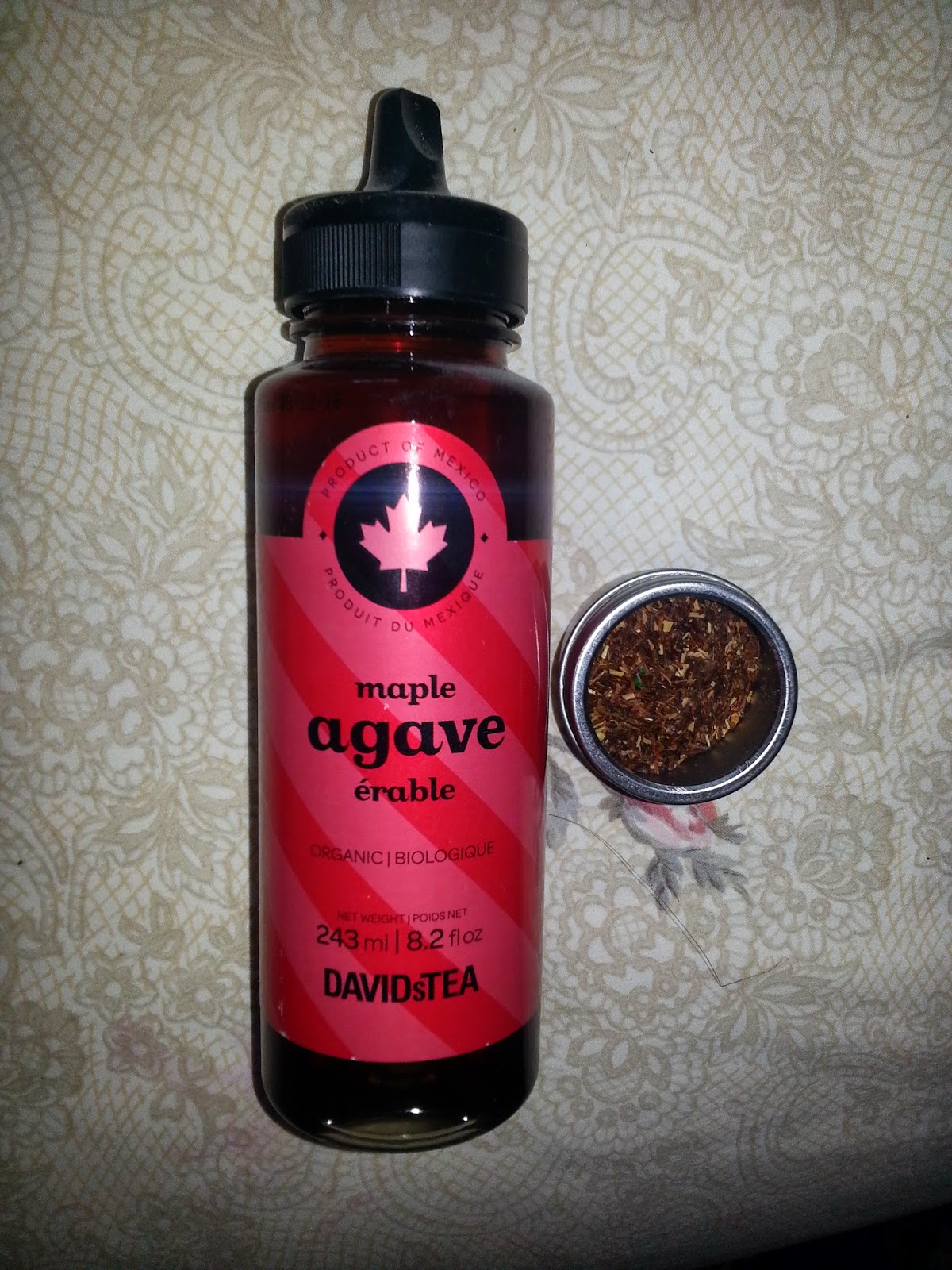 I dunno, maybe I'm being too picky, but they could have literally done so much more. Like a maple, apple (can anyone say Okanagan Valley?), caramel, mate with some honeybush (and the maple candy)! That is the one I'd gun for. You know what, I may try to make that one day. Maybe next Canada Day I'll make a tea like that.

It's good but not great. I'm not buying more because I'd rather spend my money on something else.