First things first, I'd like to say I'm having a bottle drive on May 30th!

Bethie is doing fantastic! She actually trotted and almost sorta ran with the other horses in this fine weather! (There is a video on the facebook page)

Rosey had her foal! So adorable, the other horses were cheering her on. (A video of her baby getting bum scratches is on the facebook page)

Smudge, Voodoo, Quinten, Plume, Estelle and Rasta, have all been adopted this last month! Congrats to them, and thank you to their new parents!

Ghost still hasn't given birth. Even though she looks like a balloon. We're all amazingly curious as to who the father was (a draft?) or if there are maybe twins? Wish her luck!

So, I thought I had some stuff pre done. Turns out, I didn't. For two weeks.


Grand Cru is strong and creamy, it's an excellent matcha.
I can definitely say that matcha is something to take on slowly, it's powerful green tea flavours can be a hard thing to handle for those new to tea.
Matcha lattes are a good way to start.

This wonderful travel mug is worth the $35 price tag, in my opinion.
It not only comes with an agitator for the matcha, but also an attachment for steeping regular tea!
The top of the mug also comes with a mesh filter for any clumps that might remain, but I did not have any problems with that.

Remember to always press the pressure release button on top so when you screw off the lid you don't have a tea-splosion.

This mug is absolutely fantastic!
but! It can be a little difficult to get your hands on. They are very popular, and it is incredibly obvious why.

They call it the matcha shaker... what they should have called it is The Perfect Tea Mug.
I also like that it is clear. I like travel mugs where I can see my tea.

I have gushed enough about this mug...

I'm afraid this is going to be another sad post.

A last month (once this post comes out), we lost three of our senior horses. Prince, Emmy, and Twenty.

Prince was 32 (so old!), and had been managing well. But, sadly, he had a severe colic episode, and had to be put to sleep. He was truly a prince in his life and always would humor Beth in all of her 3 year old antics! He will be missed, as will his buddy scratches. He passed on March 19th.


Twenty had had arthritis pretty badly, but was managing well with lots of love from volunteers. But sadly, he developed an abscess on one of his feet. On some horses, this can be fixed with time and treatment, but the older a horse gets, the harder it is. And with all of the arthritis Twenty had, it would have been far too painful. He was one of the Bear Valley's first rescues. He was put to sleep March 12th.

Emmy was also put to sleep on March 12th with Twenty. I personally don't know as much about Emmy, just that her and Twenty were close friends.

Horses are herd animals. The seniors form their own small herd and are close to each other. It is always very hard for them to handle the passing of a friend, let alone 3. Right now the senior herd are all feeling the sting of this loss. 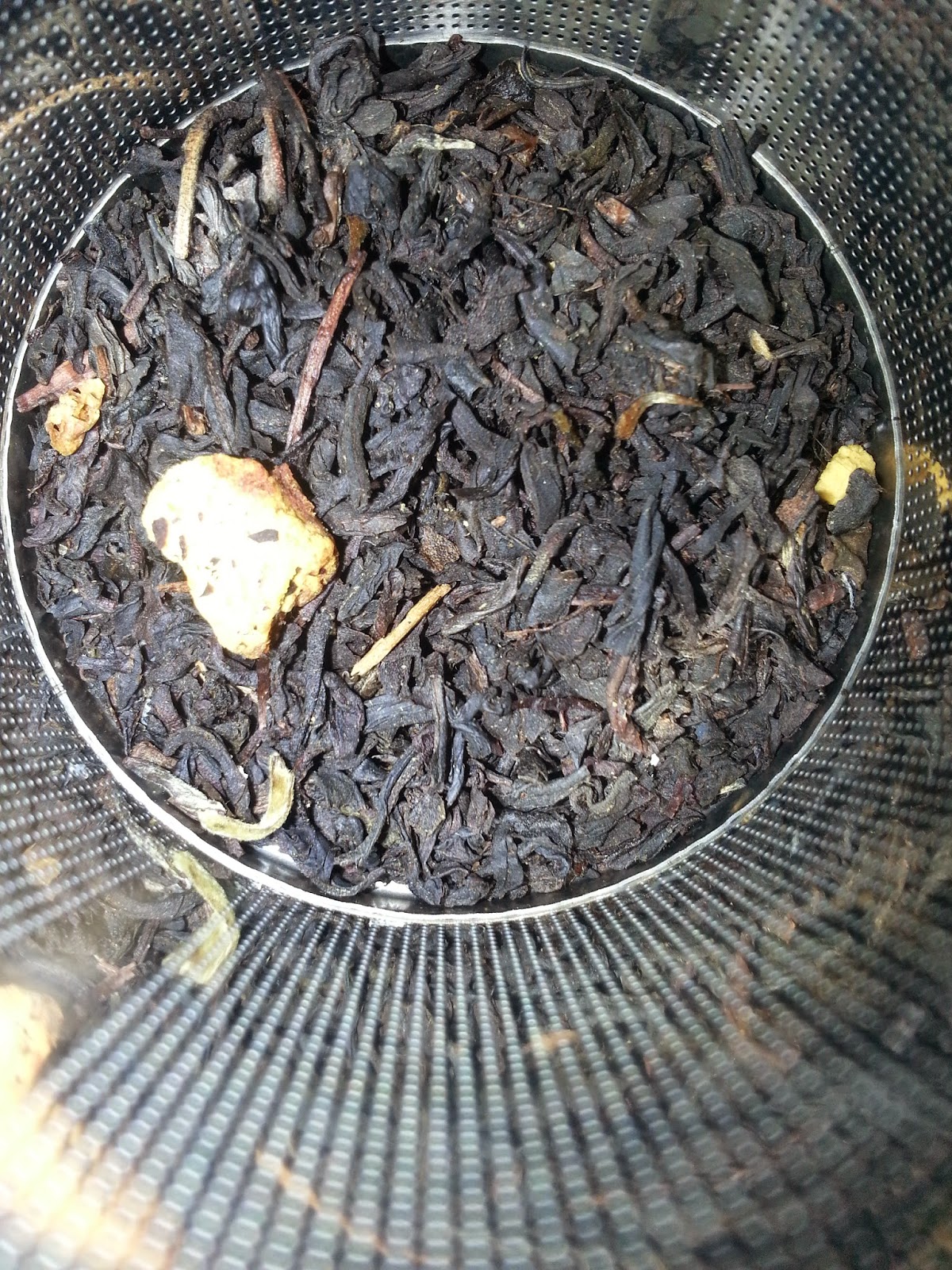 Another tea from my bestie Katie!

I've been doing a lot of volunteer work and house hunting stuff, so I've been hella busy!
This black tea pleasing. But it is also lacking.

It is pleasing because it is smooth and not bitter, which is fantastic for a black tea.

That being said, if would taste FANTASTIC with a lemon tart.

Hella
Posted by Unknown at 8:30 am No comments: 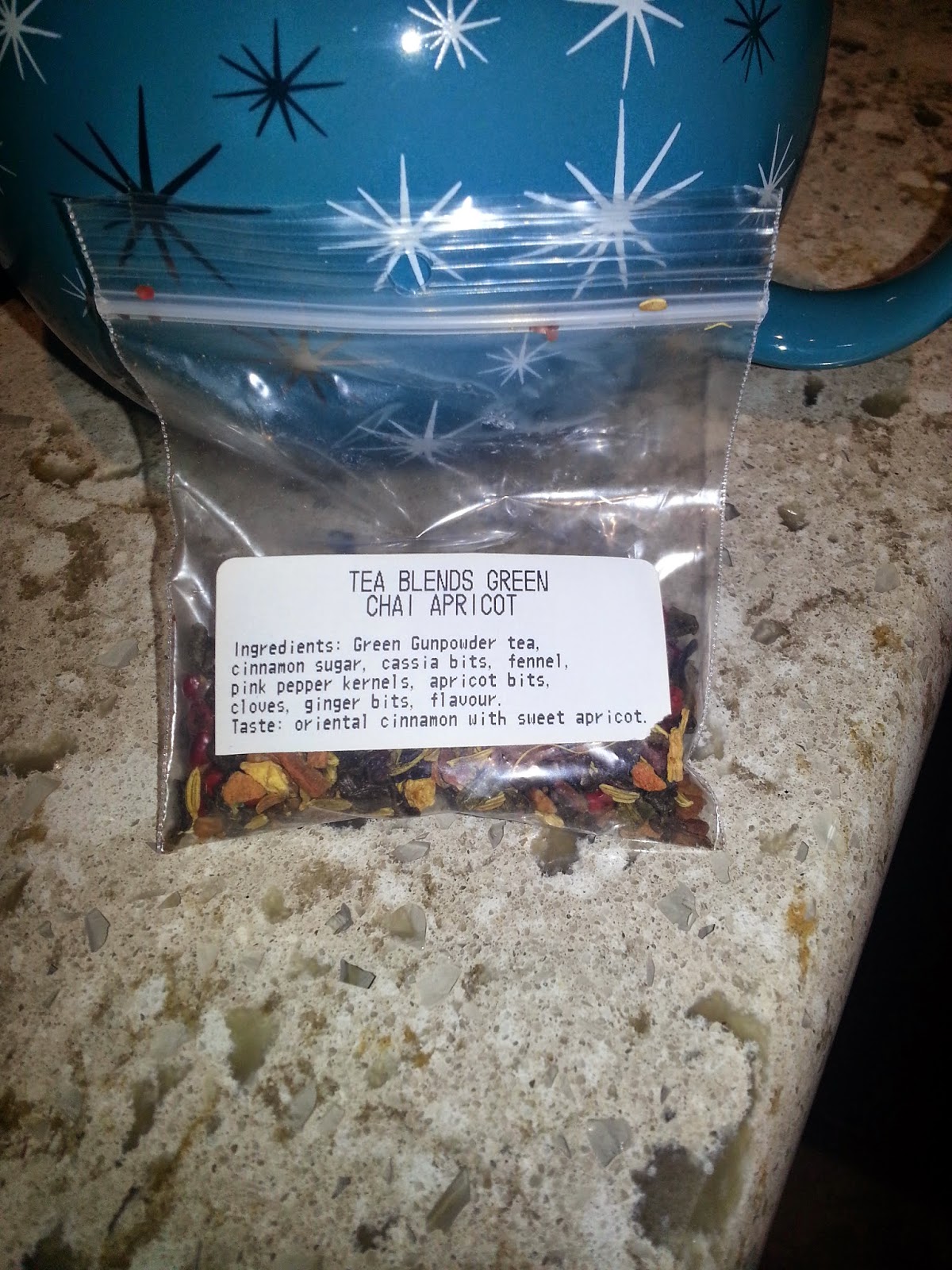 According to the sample bag, I really should be able to taste the apricot. SO I WAS REALLY EXCITED AFTER I SMELLED IT AND IT SMELLED FAB. I got this from Tea Desire.

It tastes dry and bland.

No fruity-ness, no sweetness, just kinda cinnamon-y and dusty and dry. 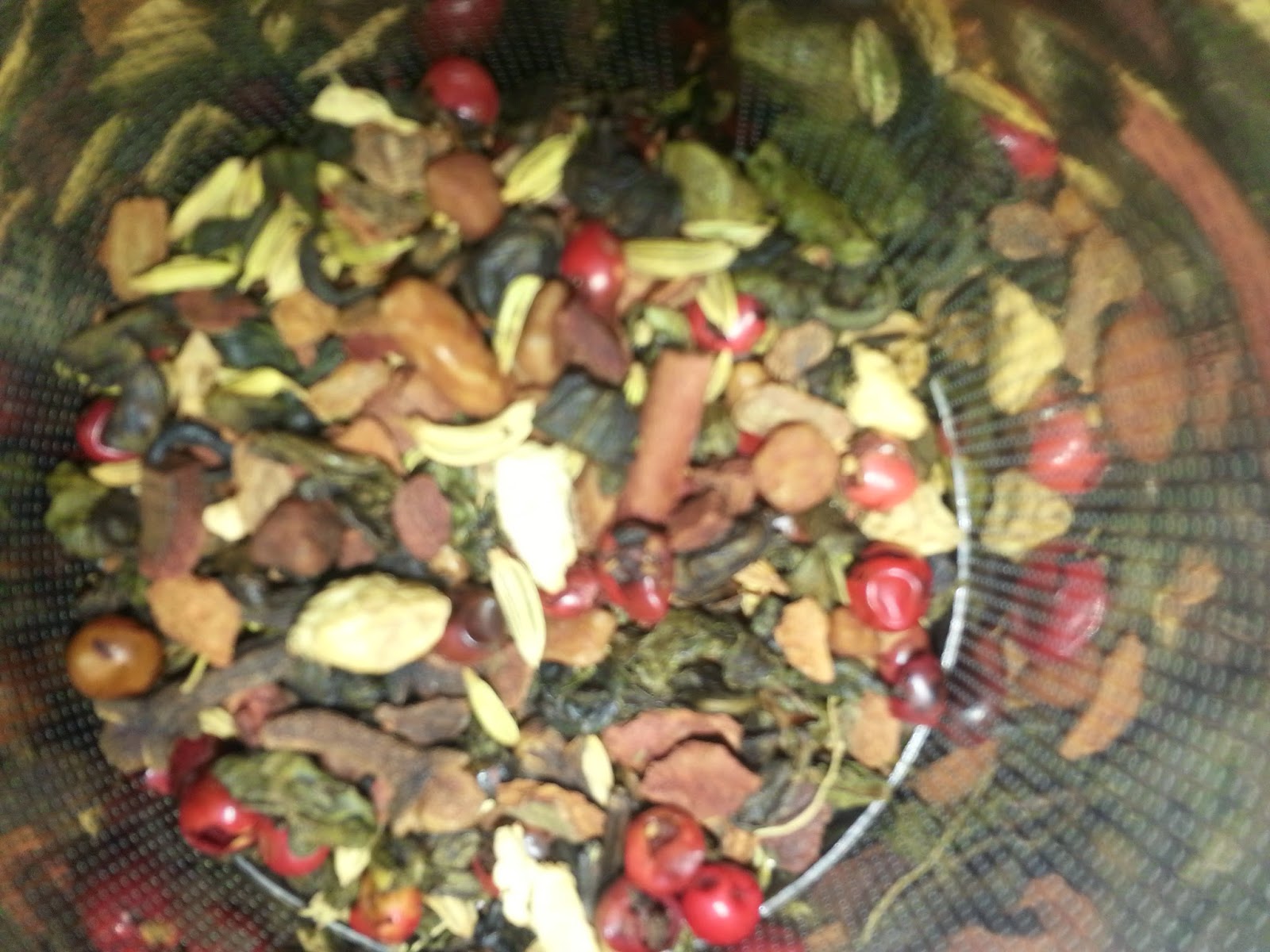 My brother has been trying to get me to try this tea for at least a year now. I haven't because 1. It has coconut, I am so sick a DT teas with coconut, and 2. It isn't very cheap

So, he gave me enough to make myself a cup so I could see why he likes it so much.


I am pleasantly surprised.

While I have never tried a mulberry before and never really heard anything about them besides that silly ice-cream truck song... I could not believe that they taste like!
Caramel!

This fruit and coconut tea tastes like a light and creamy caramel.
It's the weirdest thing... but I actually really enjoyed drinking this tea.
It's delicious! And organic!
Plus, it's a DT staple, so I don't see it going away any time soon.

I would recommend everyone give this tea a chance. Unless you're allergic to coconut, that is.... 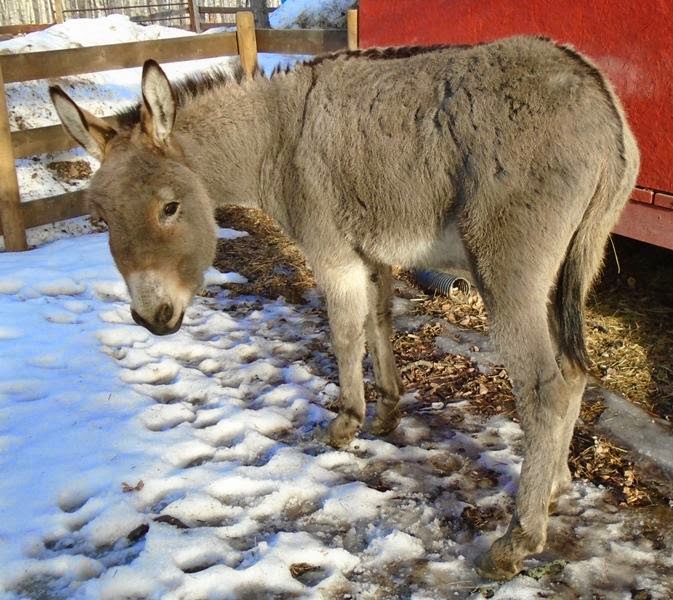 This story is not a happy one. But, I needed to feature it, because working with a rescue doesn't always have happy tales to tell.

We got Winky in January, with two other mini-donkeys. The three were good friends and were very nice as well.
Winky came to us foundered and with a sinus infection. When a horse or donkey founder, their feet are affected and it can cause a decline in their general health as well. 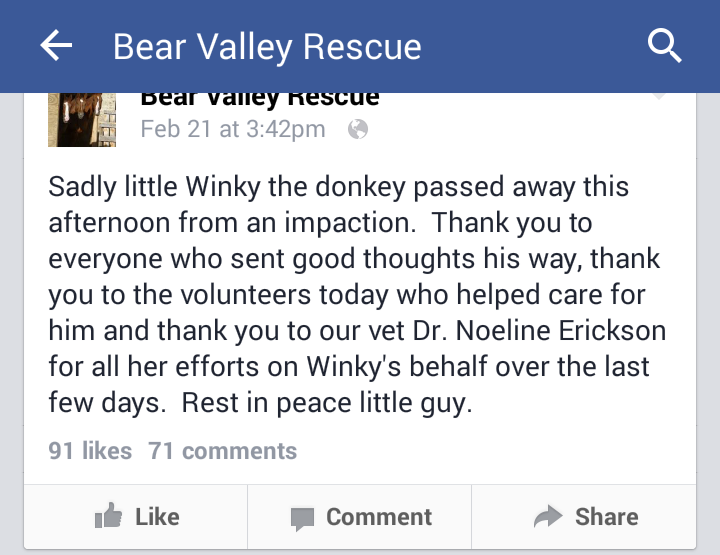 One always hopes that, when an animal comes in sick that they can and will get better. Winky never did. On February 20th, he only ended up getting worse, and by February 21st, he had passed away.

He passed away in the warmth of the barn, and with his two best friends by his side. So he did have peace in the end, and died in safety and with dignity.

Please help with the continued care of animals like Winky, and his friends.

Facebook
Twitter
Website
Linkedin
Donation (cheque, money order, paypal, and ATB cares  payment methods all available!)
You can also sponsor a horse monthly or through one time donations!
Charity Focus
Posted by Unknown at 8:30 am No comments: