All of this! More reviews than I thought I would be able to do! 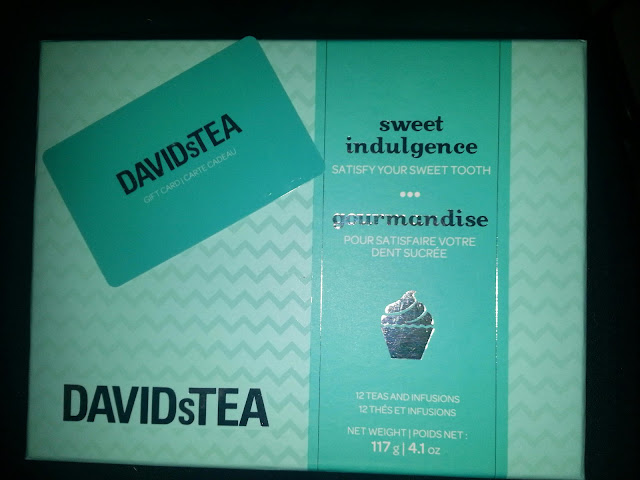 Posted by Unknown at 8:51 pm No comments:


Read the ingredients and you get what you read! Roses, roses, roses!

I opened my little sample packet and BOOM! It was like being smacked in the nostrils with a bouquet of roses, or sprayed in the face with rose water. It smells... romantic! (Please note that being smacked in the face with roses is NOT -I repeat NOT- romantic! ... Unless you're into that kind of kink, then... go for it?) It looks quite pretty too (the tea contents anyway), and you actually get a good helping of rose petals, which look rather lovely -though slightly mangled- as they rehydrate. 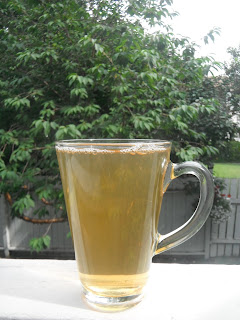 As for the taste (which is probably all you readers really give a crap about anyways)...I was slightly nervous about that first taste. Mostly because this tea kind of looks... well, like pee. Well, let me tell you, it does not taste like piss. Oh no! On first sip I found myself reminiscing about miso soup. Uhh, that can't be right. Let's try that again...

Oh, yes! Rose water. Elegant rose water. Like something you would imagine a beautiful and delicate geisha sipping at from a teeny tiny cup. Not exactly the mighty flower samurai flavour I expected at all. No, but it is a lovely -and incredibly simple- green with a nice, light twist.

The only thing that keeps coming to mind is rose water. Rose water with just the slightest hint at the back of the tongue of that bitter yumminess of green.
This would be amazing with sushi!! =D

Nothing terribly silly to say... This is a delicate little tea that has me floating across the Pacific  to the peaceful mountains of Japan. (Is this green even Japanese?!) Very zen. And rosey.

Did I make myself clear? Rooooooses! Okay

“ Tea! Thou soft, thou sober,
sage and venerable liquid ...
to whose glorious insipidity,
I owe the happiest moments of my life,
let me fall prostrate. ”

This is basically what it sounds like, a clusterfuck of fruity teas! Hence, the title of Clusterfruit.

I literally have no exact measurements to give you readers, so just wing it! Mix and match with your favorite percentages and strengths. I personally like a strong tea. 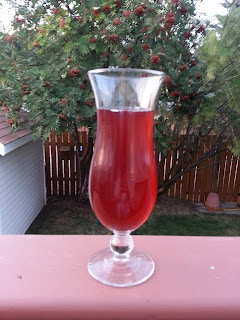 I personally think it looks pretty. Nice and vibrant. It makes you want to drink it. And the smell? It makes the mouth water. Absolutely a thirst quencher.
In total it almost filled the little DavidsTea metal Perfect Infuser. Once steeped, it filled it completely.

I made a pot of the tea, and mixed it with half a tea pot (the same tea pot) of plain cold water and stuck that baby in the fridge to cool. When I came home from work, it was ready for the taste test!

Let me tell you, that thing tasted fucking awesome. For some it could have been possibly a little too sweet, but I liked it. The perfect balance of citrus with a hint of coconut. Not too lemonade-y, not too orange-y. I'm not the biggest fan of coconut when it's super strong in a tea, but this had just the right amount; so that when you drank it, it was like an afterthought rather than the BAM it sometimes can be.

Now, this was all last night. Tonight I'm trying it as a tea-pop. I'm using Ginger ale, you can use Sprite, or even Club Soda if that's how you roll. Honestly, I am using Ginger Ale because it's what's in my fridge right now. If I had Sprite, I'd probably be using that.

A little over half a glass of tea, topped off with the Ginger ale: 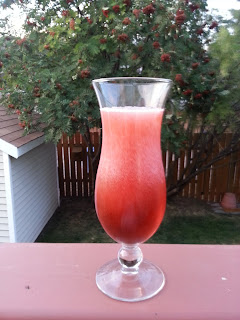 Oh. My. Gods.
This is fantastic!

Ginger Ale was a great choice!

So you still have that amazing tea flavor I described before, but with that Ginger Ale kick, and some fizz! And, it just looks fucking awesome when pouring.


Clusterfruit Pop is a must do!

Oh yeah, enjoy the view of my backyard. I'm not sure where I'll be taking pictures once it snows...probably out in the snow. Because natural light is a bizillion times better than artificial.

Sorry for the slightly blurry shots!

*All teas were purchased from DavidsTea 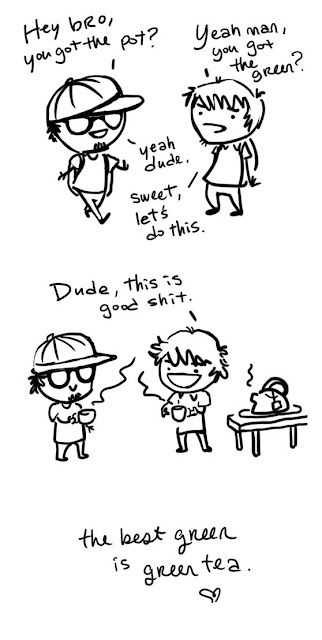 By the amazing Lisa Bueno
http://lisabueno.deviantart.com/

Because I LOVE this little comic. Too good not to share


Sounds and looks extravagant, but has a lot more of a down-to-earth flavour than one might think when expecting to be transported to paradise! But don't get me wrong, I am definitely NOT knocking this tea.
And before you go whining about "Wah! Artificial flavouring", let's just get one thing straight... Sorry! Fuck that. No! I just don't give a shit about that stuff! If it's yummy, it's gettin' posted.

The reason I chose this tea first from my 42 flavour (and counting) collection is because when I had a tea party, this tea was devoured!  I had about six ladies over, and after I had to go buy more because there wasn't even enough for one cup of tea!

This tea is great! But... don't expect to be wowed and proclaim from the rooftops that you have tasted the heavens, or whatever... It's a delightful, fruity blend with an earthy touch from the dark side (I honestly can't taste the green tea in this blend - which makes me a little sad!) and a tarty aftertaste that can punch you in the face! That's right, this delicious blend is like a fresh picked granny smith on a warm autumn day - BANG!   To the taste buds like Jackie Chan all over a bad guy! And it is AWESOME! But, because of this, I would recommend starting off with a very low steeping time and testing from there - this tea is stronger than you might expect! But it is never bitter and doesn't have that lingering blah-ness (technical term!) that can stick to your tongue like some black and green teas often do.

What I like most about this tea is that it's not one of those where you find yourself asking "Am I really in the mood for this right now?" (I am heinously guilty of doing this! But-) No... er- Yes! You are always in the mood for this tea!
If not hot, ice it! Not sweet enough? Make it exciting by going half-and-half with some Sprite! (My favourite thing to do with ANY fruity tea)
Trust me. This is just a must-have for any DT fan.

Hello!
I am sister number two, Kayla!!
Twenty-two (though on a roller coaster of maturity level - HAHA!), in Calgary, Alberta

My tea obsession started when I was quite young (I honestly can't remember the exact age) with your average pekoe with cream and sugar kind of thing... I would spend my entire allowance on boxes of tea, and whenever my family went out for Chinese/Vietnamese food, I would get my own pot! My mother and English neighbours are ENTIRELY to blame.

The love has now grown in to quite an obsession since so many different options have become available, thanks to the marvelous realization by the world that TEA. IS. AMAZING. And I have certainly taken advantage of it. I'm a sucker for DavidsTea, and that is where all of my money seems to disappear to every pay cheque. And I can live with that ;)

Organic, non-organic, full of fake flavouring junk - I DON'T CARE! I love it all (if it tastes good). No bias or "tea-snobbery" here!
(but I AM biased against coffee - bleck!)

I can't wait to share the love of tea with you.
Brace yourselves as my non-biological tea-sister and I take you on a crazy ride!


BRING ON THE TEA!

My tea addiction is fairly recent, and started with Mother's Little Helper from DavidsTea. (which is a great sleep aid by the way, but more on that in a later post). From that point on, I've been hooked.
To be honest, I'm sure I've spent over $300.00 CAD in the past year on tea (and tea products, like tins). It's the free S&H with the purchase of over $50.00 CAD that gets me every time...almost.

With my Tea Sister Kayla, we'll be exploring the joys of tea, both hot and cold, tea pops, and tea mixes. Does the tea follow through with it's benefits? Does it taste good? Follow the brewing instructions to the T, or have fun and go your own way? That's what we'll be finding out.

Some of our posts will be on the same tea, in the same ways (or different, who knows!) but, then you get two different points of view! Lucky you!

That's all from me for now!

Skål (the old Norse toast)
-Laura
Posted by Unknown at 1:44 pm No comments: