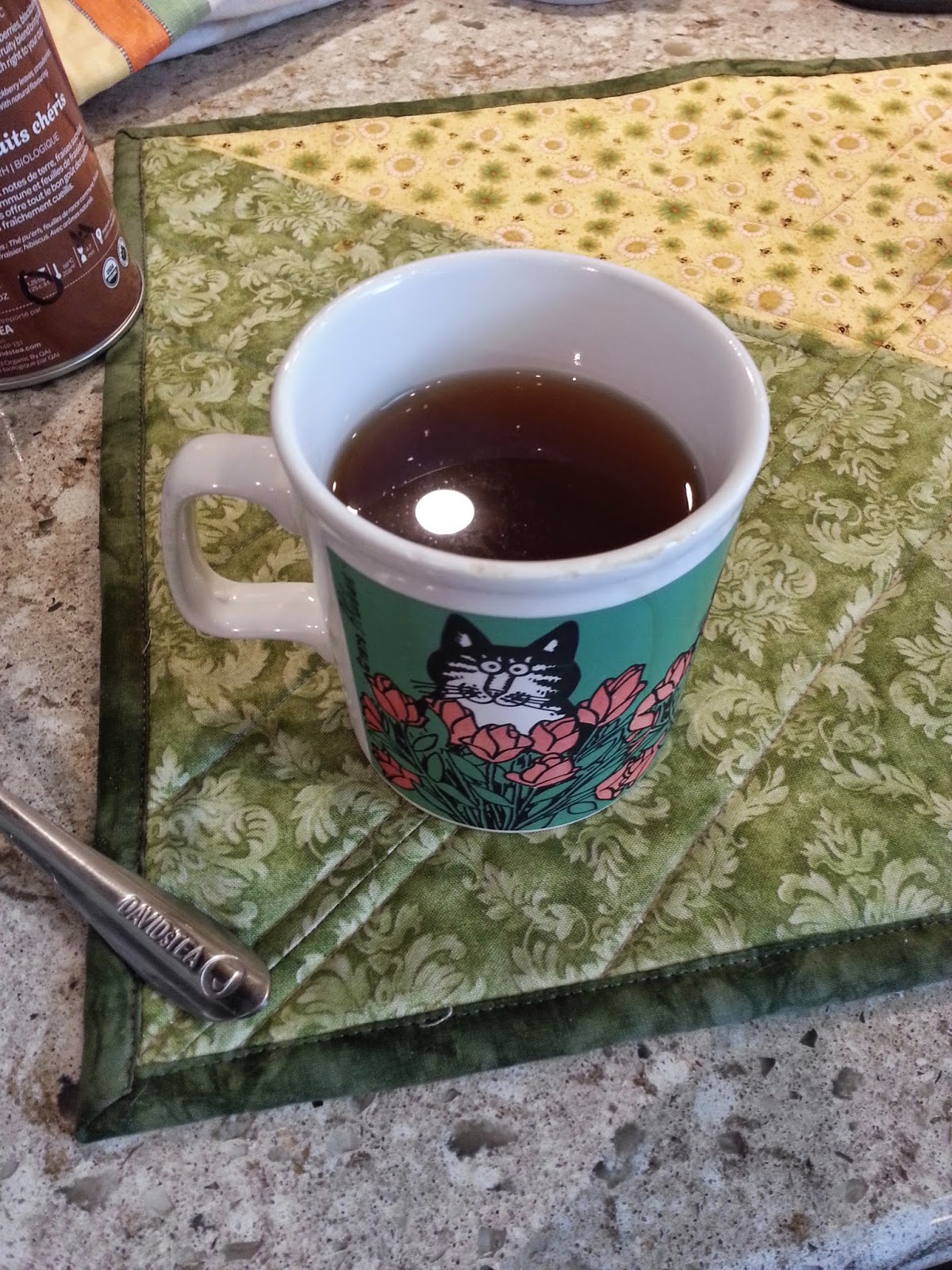 From the era (which may still be continuing) of DAVIDSTEA IS OBSESSED WITH COCONUT, I bring you Buttered Rum!

The first in my Dragon Age: Origins themed reviews! In tribute to them, I have started the reviews 5 years and a day to the North American release date of DA: Origins.

Because in my playthrough I am a dwarf, it is fitting I start with Orzammar! Buttered Rum because rum is alcohol, and alcohol is very dwarven! With our drinking and hunger for power...save for my character, who is only hungry for one character...

Now onto the actual tea review.
This tea isn't BAD, I just wouldn't buy it again. Which is sad, because I'M A DWARF.

It doesn't smell like buttered rum, first of all. It smell like a very tropical tea, which can be attributed to the coconut. Honestly, it's OVERWHELMING how much this tea smells like coconut before it's steeped, and even after it's steeped it smells a little overbearing. (Like bro, since when does plain rum make you think of sun tan oil?)
Some milk or cream helps tone it down, but it just makes it well, creamier. Which, thanks to the coconut, isn't the best option for everyone.

It basically tastes like black tea and coconut. Which, isn't BAD, it's kinda good. But, IT DOESN'T TASTE LIKE THE NAME AND THAT IS FRUSTRATING.

Forever kinda sick of coconut and in love with DA:Origins,

PS.
*This game came out 5 years ago, no spoiler warnings will be uttered